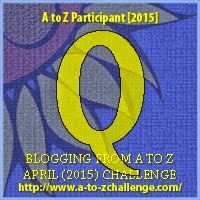 I took part in the A-Z April Blog Challenge

We have six pet ducks and a goose. 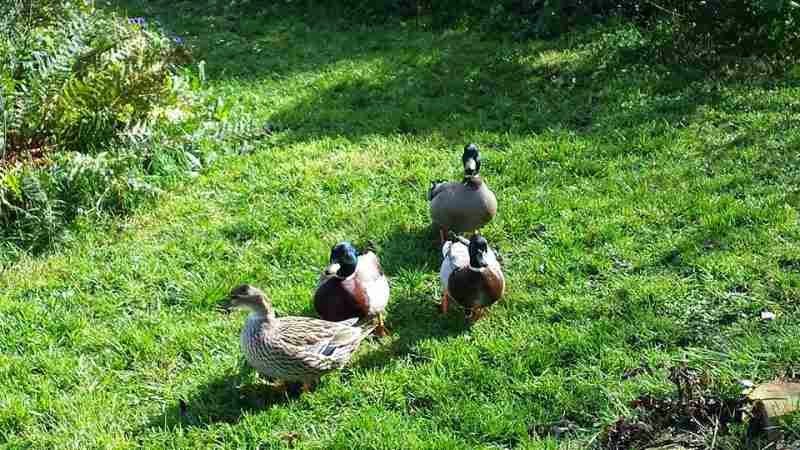 The little ducks  - Call Ducks - live in the front garden because it is safer for them. They are a bantam breed of domesticated duck raised primarily for decoration or as pets. They look similar to Mallards, but are smaller in size.

The first recorded mentions of the breed are from the Netherlands where it was used as a decoy and known as a 'Coy' or 'Decoy' Duck. The high-pitched distinctive call was used to lure other ducks into traps. Later, hunters would tether Call Ducks to draw other species within range of the guns.

It is believed to have originally come from the Far East, although no records of its introduction to the Netherlands exist.
It was introduced to the British Isles by the 1850s but by the middle of the 20th century they were rare. Determined efforts by a few breeders re-popularized the breed and today they are quite common. 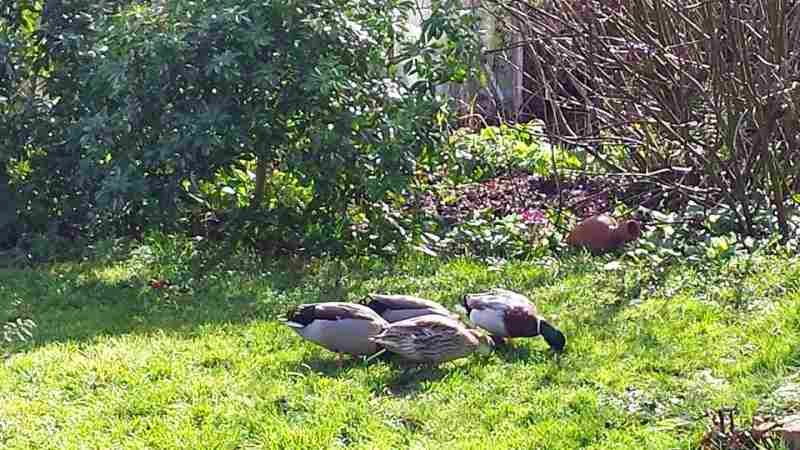 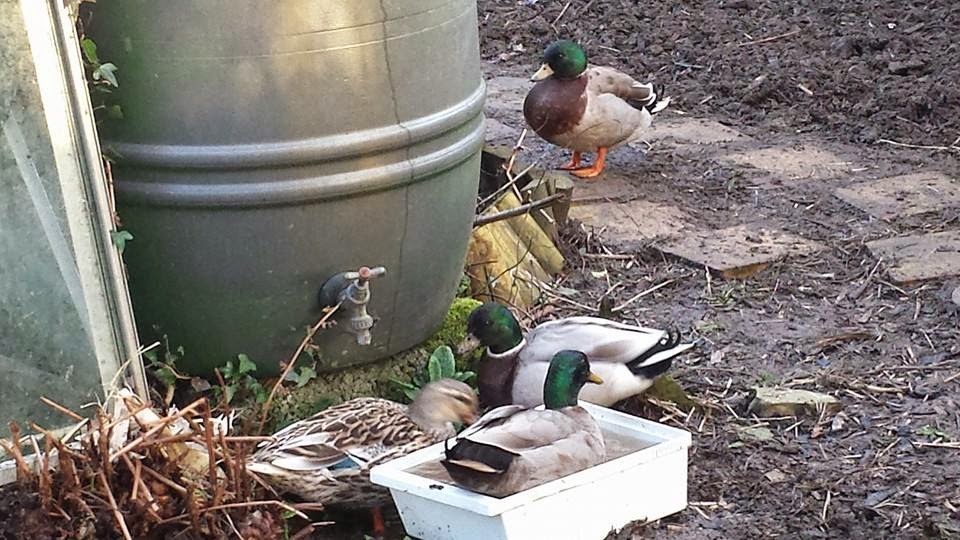 The two big ducks (I've no idea what breed they are!)  live in the orchard, with Bernadette (could be Bernard) the Goose (could be Gander) 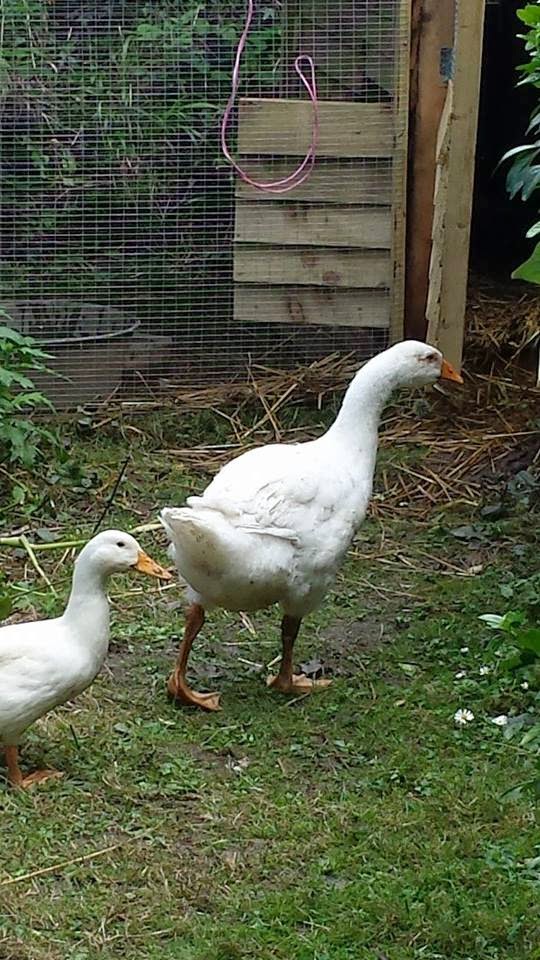 We're fairly certain she's a she though. I have been known to call her Boudicca or Dragon, or monster.

With Kathy she is like a gentle pussy-cat. With me, Ron and Adam she turns into something from a horror-movie.

Quite frankly I have not yet met an historical fiction author yet who has written anything remotely accurate regarding Roman / Medieval / Tudor / Stuart / Georgian country households. They would have had geese roaming freely.

I can 100% testify that no stranger could walk or ride into an historical-setting farmyard without getting attacked b a hissing, honkking, wing-flapping utterly berserk-style goose!
Add to that - forget sneaking in... if there's a goose it would be impossible. 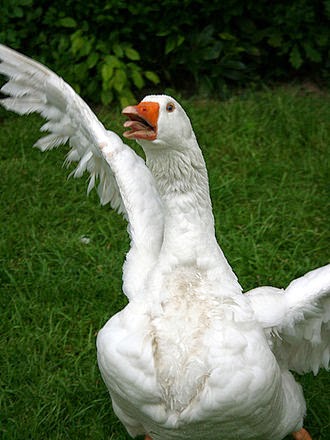 Remember the story of the Geese saving Rome?
The geese in the temple of Juno on the Capitoline Hill were said by Livy to have saved Rome from the Gauls around 390 BC when they were disturbed in a night attack.
Bernadette is an Emden goose, a breed thought to be from the North Sea region of the Netherlands and Germany, possibly originating from the town of Emden in Lower Saxony, Germany, although this has been disputed.

"The breed is pure white with a short, light orange bill, and orange feet and shanks. They are fast growing birds and will quickly reach about 9 kg (20 lb) for the Goose, and 14 kg (30 lb) for the Gander. The Emden's legs are fairly short. The head is oval-shaped and they have a long and graceful neck. The eyes are an ocean blue. The body is bulky and well rounded, having a long back and a short tail. The wings are very strong and of a good length. The feathers are close and very hard.

The breed’s habits are to forage for titbits in the grass and water. They are herbivores and prefer living near some water. They are a very hardy breed and don't mind fairly mild sub-zero temperatures. Males are more vocal than females and can often be heard honking loudly if approached but geese in general talk quietly throughout the day. Emden geese that are accustomed to their owners presence don't mind being in close proximity but tend to keep their distance.

When cornered or defending their nest male and female geese will try to warn away predators by loudly hissing at them and ruffling their feathers. If provoked, especially in an enclosed area their strong wings can be used as a weapon. Being domesticated they can fly but don't migrate." 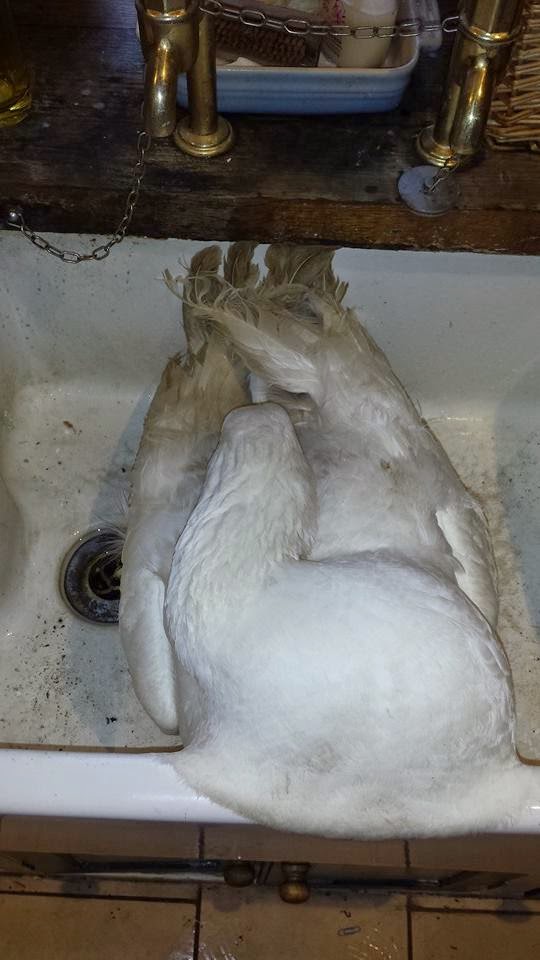 A friend told us to keep geese calm you should sing to them (yeah right!)
so here's a ditty sung to the tune of The Big Bang Theory's 'Soft Kitty"

and just in case you're not a BBT fan...