On 27th July 2012 (on the opening night of the Olympics)
we, as a family, had a lucky  and unexpected lottery windfall
- although we did not know about it until
the following day, Saturday 28th.

It was the sort of thing that is sent by Good Fortune
for the purpose of  following that life-long dream.

Our dream, as a family, was 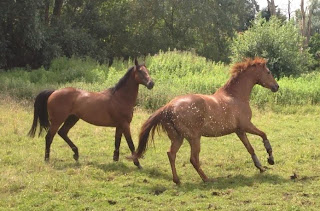 After a few false starts at looking for a home we were a bit despairing of finding what we wanted. The decision was to move well away from London (mainly because property anywhere within two hours drive of London is horrendously expensive.) We had looked at Nottinghamshire and Derbyshire .... Norfolk, Suffolk and Cambridgeshire were out because I do not like the wide, open skies or the flat land - give me a few hills, woods and valleys please.

Lovely property in Derbyshire, but we decided that would not be a wise choice of location, whereas Devon appealed.
So to Devon we looked...

Meanwhile I applied to the TV show Escape To The Country. My plea was something along the lines of "Help. We have been trying to tunnel out of London. Please send a rescue team."

The rescue team duly arrived in the form of a TV crew in mid October 2012. We filmed at home first, then on Monday 22nd October Kathy and I went on a jaunt to Devon for a few days, courtesy the BBC (staying at the High Bullen Hotel). On the Tuesday it was up early for filming some fun carriage driving - then we saw the first house on Wednesday 23rd, a second one in the afternoon and the mystery house on the Thursday morning.

Filming is not as clear cut as it seems - all those different angles you see in a show mean each time the camera position had to be changed. Most scenes, i.e.walking into a particular room, were taken at least three times, some even more!
I did rather get to the stage of "Can we just stop shooting and get on and see the house?" at one point,  (or maybe two or three?)

The programme actually aired on 28th May 2013 - and the first proprty we saw was.... 'Windfall Farm'. This is not its real name by the way, I made the name up on the grounds that maybe it is not wise to put some things openly on the Internet.
Exact details of where we are now living being one of them.

(News 2018: the Escape to the Countrycrew returned in February 2018 to film 'I Escaped to the Country' with the show airing in may of that year. See the story HERE   )

My friends and family know the actual name and address of course, but for everyone else, Windfall Farm will suffice.

There will be room for


(and Ron's racing pigeons, but I have no photo of them)
The new home is in North Devon not far from South Molton, and near the small but charming village (with a pub!) of Chittlehamholt. It has 13 acres, stables - and views over the Taw Valley.

I intend to keep this Devon Diary about what, I hope, will be an amazing adventure because in years to come I want to look back on all that has happened - the good times, bad times, stressful times - and happy times.

So, over the following weeks, months (and maybe, years)  join me in the sort of adventure that ought to belongs in the pages of a storybook ... The difference with this story is....
it's real! 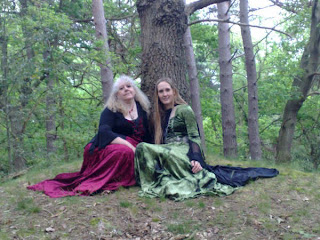 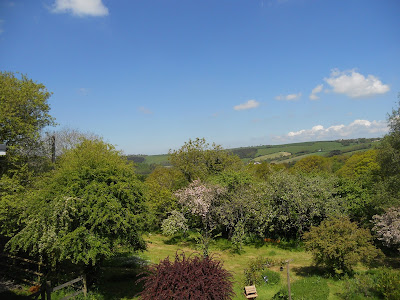 click here for  the story of the move - quite an adventure!

and go back to the home page (and browse the sidebar) for latest news
(apologies though, it's not alwways up to date!)